I bought this book on impulse because I will read anything about Bruegel. Perhaps it is my Flemish heritage that draws me to his work. I imagine my ancestors among the peasant crowds in his village scenes. It was only when I held the book in my hands that I recognized the author’s name. Toby Ferris wrote for The Dabbler, the site that first hosted my Dispatches, and he created Anatomy of Norbiton, a web site “exploring suburban life and universal failure as seen through the lens of Renaissance art.” My brother, the writer Frank Key, called it “a thing of strange and terrible beauty.” So I opened this book with heightened expectations. It would be no ordinary book about Bruegel.

There are 42 surviving paintings by Pieter Bruegel the Elder. He lived about 42 years, his birth year of 1525 is an approximation. Ferris was 42 and had recently lost his father when END_OF_DOCUMENT_TOKEN_TO_BE_REPLACED

It was a dark and peaceful night. An owl hooted. A fox skulked through the yard. The mice crouched silently, in sleep mode. Some time before dawn, on orders from the mothership, the mice exchanged their souls. 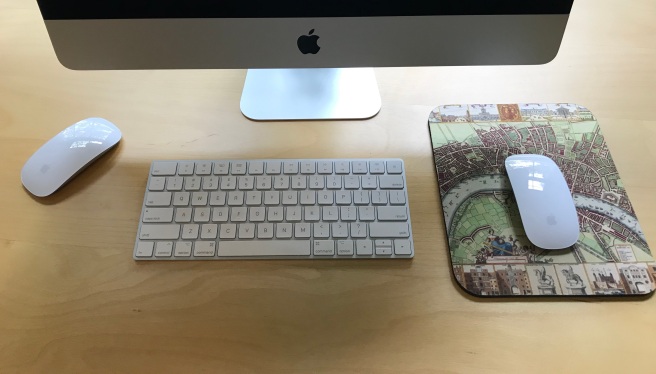 My mouse was misbehaving. It sat obediently on its little pad, but when I clicked nothing happened. Several useless clicks later I resorted to tech troubleshooting 101 and restarted my Mac. Success! The mouse capered about happily as I clicked away. But then something really strange happened. It seemed to have a mind of its own, racing around the screen wildly when I wasn’t even touching it. Was this the moment the tech wizards predict, the moment when the machines take over?  END_OF_DOCUMENT_TOKEN_TO_BE_REPLACED 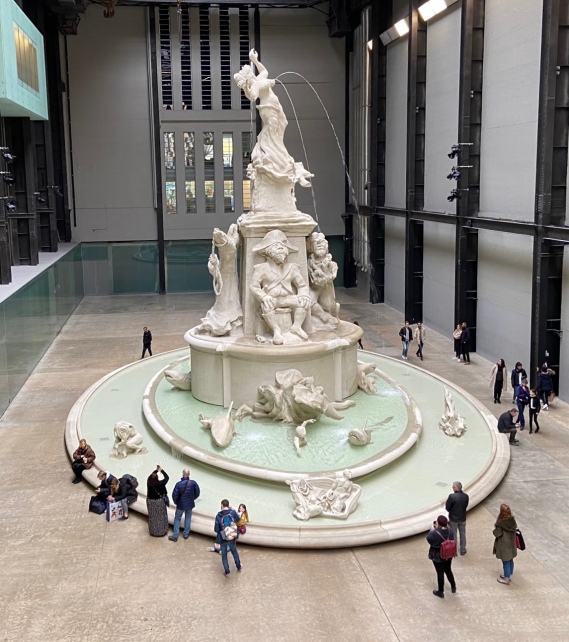 I wasn’t sure what I was looking at. Viewed from the top of the long sloping floor of the former power station it looked like an enormous tiered wedding cake. Perhaps it was the effect of the bland white surface that brought cake frosting to mind. The sculpture stood at the far end of the cavernous Turbine Hall in Tate Modern, where on previous visits we had seen other art installations, none particularly memorable. This would be different. As we came closer we heard the water. The tiers formed not a cake but a fountain, water END_OF_DOCUMENT_TOKEN_TO_BE_REPLACED

Perhaps it was the restlessness induced by quarantine that had me prowling my own bookshelves in search of diversion. I needed a break from the world of Thomas Cromwell in Hilary Mantel’s The Mirror and the Light. (I know it is tantamount to sacrilege to criticize Miss Mantel, whose Cromwell trilogy I agree is a magnificent achievement, but did we need the menu for his every meal in the year leading up to his execution, surely the last meal would have been sufficient?) In this grumpy mood I came upon The Singing Game by Iona and Peter Opie, the legendary English folklorists, a book I hadn’t picked up END_OF_DOCUMENT_TOKEN_TO_BE_REPLACED

In my final blog for MCPL (my former professional home Montgomery County Public Libraries, Maryland) I discuss The Five, a book about the victims of Jack the Ripper, a wonderful piece of social history that restores dignity to the five women. Other titles explore the Victorian craze for true crime stories and how they influenced some of the great Victorian writers. 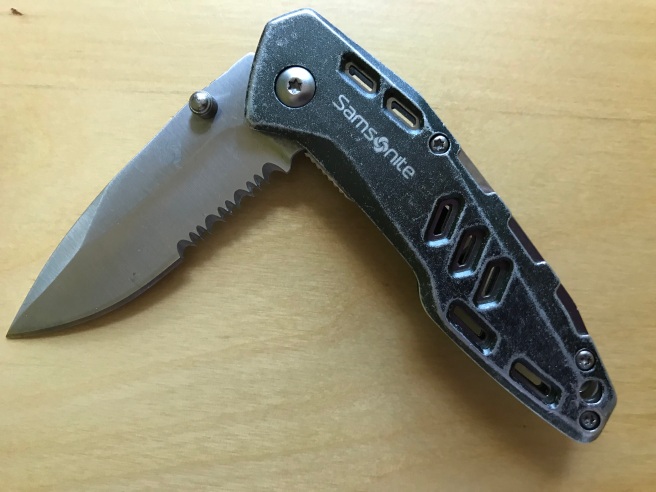 This is an update to the tale told in my earlier post London in the Plague Year wherein my husband Mel’s pocket knife was confiscated at The Shard. The knife was destined to be turned over to the Metropolitan Police who, we were assured, would mail it back in ten days. Mel had little hope of ever seeing it again. But today, 34 days later, a package arrived from London containing the dastardly weapon shown above. It was swaddled in such thick layers of heavily taped packing material that Mel really needed a knife to cut through it, but of course had to make do with a rather ineffectual pair of scissors. We were impressed that the police sprang for Priority and Registered delivery. The original Weapon Confiscation Form was enclosed. Check out the interesting spelling they came up with for Mel’s place of birth. All’s well that ends well. 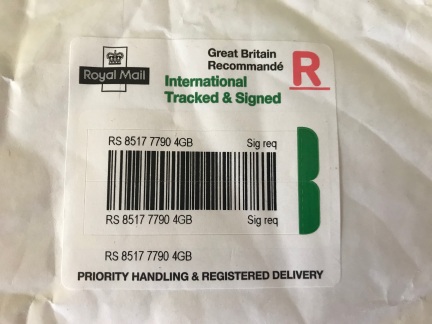 Within sight of the gleaming Shard, a forest of construction cranes, and a Victorian railway bridge lies Crossbones, a hidden corner of London history. We turn off Southwark Street into a narrow lane called Redcross Way and pass through a dank tunnel. It seems like the kind of alleyway Jack the Ripper may have favored, but this is another part of London, Southwark, south of the river. We are looking for the prostitutes’ graveyard. Opposite The Boot and Flogger pub we see a sign for our destination, the Crossbones Graveyard and Garden of Remembrance. From here all we can see is a high iron railing festooned with ribbons, plastic flowers, and all manner of memorial objects. A plaque reads “R.I.P. The Outcast Dead.” This was unhallowed ground. I see one soiled white ribbon with a name in fading script, “Elizabeth Hayes from the Workhouse.” Turning the corner to find the END_OF_DOCUMENT_TOKEN_TO_BE_REPLACED

One day last week we stood in London’s Bunhill Fields burial ground before the grave of Daniel Defoe. Of course his Journal of the Plague Year was the book that came to mind. Based on eyewitness reports in his uncle’s journal, it is a fictional account of the infamous 1665 plague that decimated the population of London. Now in 2020 London news of the coronavirus plague grew grimmer by the hour.

We were in London for an exhibit of my late brother Paul’s work at the Menier Gallery in Southwark. If it had been scheduled just one week later it could never have happened. By END_OF_DOCUMENT_TOKEN_TO_BE_REPLACED

When I was very small my Uncle Lievin saved me from a bear. I was in bed at my grandmother’s house in Belgium when he came running up the stairs chased by a bear. Don’t worry, he assured me, I’ll get it. He grabbed a rifle from behind the door and stood on guard in the doorway poking at the bear as it tried to get past him to eat me up. At last, with many dramatic grunts and shouts, he drove it down the stairs and out the door. Now you’re safe, he assured me with a hug, the bear is gone. My uncle was my protector and my hero. How brave he was!

My memory of this episode is vivid. I can still almost see my uncle and the bear in mortal combat, hear his exited voice giving a running commentary on the battle. Of course at some point I realized it couldn’t really have happened. There was no bear, the growling END_OF_DOCUMENT_TOKEN_TO_BE_REPLACED

One recent morning I attended a health seminar. In the waiting room of a car service center in Gaithersburg. It was an impromptu kind of thing. Certainly not what I expected when I checked my car in for its 40,000 mile service, then settled down in the spacious lounge for the usual tedious wait. On the muted television CNN relayed the latest alarming news of the world but no-one paid attention. Vehicle anxiety and international crisis don’t mix well. We stared at our phones or worked on our laptops and avoided eye contact as strangers thrown together in public spaces tend to do. But we were about to be nudged out of our cocoons.