Posted on November 21, 2020 by dispatchesfromtheformernewworld 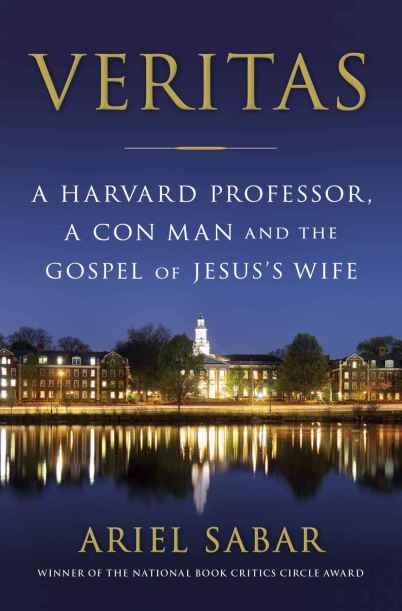 The Dispatches have been quiet of late. During election season this observer of “the former new world” was consumed with anxiety. Would the new world go the way of the old, perhaps lapsing into mid twentieth century fascism or reenacting the Fall of the Republic in ancient Rome? My political writing style of light-hearted satire seemed inadequate, even inappropriate, for the enormity of the danger faced by this still relatively young Republic. The Roman Republic, after all, lasted almost 500 years before the Senate granted extraordinary powers to Augustus, first in a long line of megalomaniac Emperors. As Nero fiddled while Rome burned so Trump indulged in self-absorbed tweets while Americans in the tens of thousands died of the coronavirus.

In this mood of apocalyptic angst I sought solace in books as always, but I was hard to please. Few titles satisfied, until I picked up Veritas: A Harvard Professor, a Con Man, and the Gospel of Jesus’s Wife by Ariel Sabar, the best nonfiction I have read all year.

On September 18th 2012 Dr. Karen King, the distinguished Hollis Chair of Divinity at Harvard, held a press conference in Rome, literally across the street from the Vatican. She announced the discovery of an ancient papyrus fragment with writing in Coptic script, including the words “Jesus said unto them: my wife… she is able to be my disciple.” The claim was sensational, drawing attention in popular media as well as the arcane world of religion scholars. How this claim unravelled over the next several years is the story Sabar tells in Veritas. Along the way the reader gets an education in the history of early Christianity and the Gnostic Gospels, and meets many fascinating characters in academia and beyond. Sabar is a thorough researcher and a clear and vivid writer so the reader never loses track as he takes detours into subjects ranging from deciphering Coptic script, the forensic science of dating papyri, Harvard’s uneasy relationship with its School of Divinity, fierce academic rivalries, the influence of Dan Brown’s bestselling fiction The Da Vinci Code, and a membership-only website for married sexual swingers. Yes, that last is relevant!

As a young scholar Karen King was the only female member of the famous Jesus Seminar. This group of biblical scholars was founded in 1985 to assess the historical authenticity of the words attributed to Jesus in all the writings surviving from the first three centuries. They ultimately concluded that only 20% could be authenticated. King went on to make her name as a feminist scholar of the Gnostic Gospels, a collection of manuscripts discovered in a cave at Nag Hammadi in Egypt in 1945. As they were translated and studied over the following decades these gospels revealed an unexpected diversity of early Christian belief before the Council of Nicaea in 325 imposed orthodoxy. Another group of non canonical manuscripts known as the Berlin Codex included the Gospel of Mary. This was the subject of King’s groundbreaking book The Gospel of Mary of Magdala: Jesus and the first woman apostle. The Gospel of Mary, she wrote, “presents the most straightforward and convincing argument in an early Christian writing for the legitimacy of women’s leadership.” 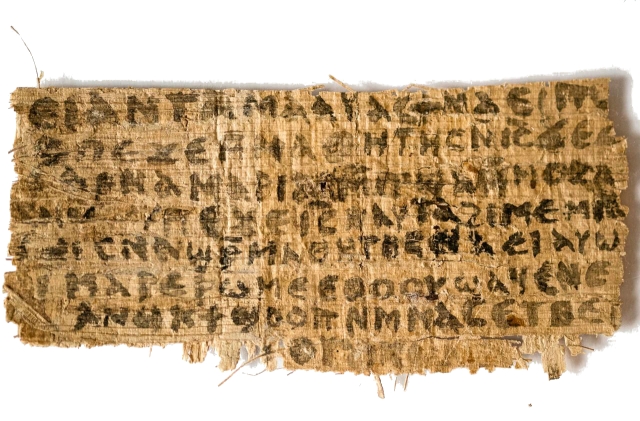 The Jesus’s Wife papyrus fragment. The words “my wife” appear in the center, perhaps too conveniently.

In 2010 King was contacted by Walter Fritz, a German immigrant living in Florida, whose past included a failed Egyptology degree and a string of scams and failing businesses. He claimed to have come into possession of the Jesus Wife papyrus fragment through a business associate who collected ancient artifacts. King was dismissive at first but in 2012 suddenly went ahead with her Rome announcement, confounding many scholars who noted that she did so before any scientific testing of the papyrus or provenance investigation. Sabar’s research on Fritz gradually reveals a complex psychological portrait of an accomplished con man. None of the academics associated with the almost successful con come out unscathed including, I was sad to learn, Drew Gilpin Faust, author of the much admired Civil War history This Republic of Suffering, then the President of Harvard. Sabar’s careful research pays off as he constructs a detailed timeline of the events and decisions made. Reviewing the timeline at the end of the book, the motivations of all concerned are laid bare. 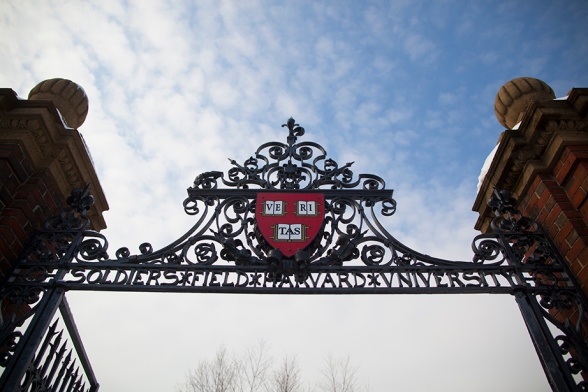 Sabar’s title, Veritas – Truth, comes from the Harvard motto inscribed on buildings and gates all over the campus. The irony of his story is that this bastion of truth proved so vulnerable to a persuasive con man. Yes, reading this book was a welcome reprieve from election angst but I note that the themes are the same. In this election we are tested by a con man and an assault on truth. And as I write the election isn’t really over as the con man refuses to concede.

I was drawn to this book because I’ve been reading about the history of early Christianity for years, what religious scholars refer to as “christianities” to reflect the diversity of thought and belief among the early followers of Jesus. In addition to Karen King’s book on the Gospel of Mary, here are some titles I recommend for more on the background to Veritas.

The Birth of Christianity: Discovering What Happened In the Years Immediately After the Execution of Jesus by John Dominic Crossan.
The author is a former Catholic priest who was a prominent member of the Jesus Seminar. Here he examines the cultural context of early Christianity and argues that resurrection meant something different to early followers than it does today.

From Jesus to Christ: The Origins of the New Testament Images of Christ by Paula Fredriksen.
You may have seen her interviewed on the PBS documentary of the same name. This is a review of recent scholarship on the history and theology of Jesus.

Lost Christianities: The Battles for Scripture and the Faiths We Never Knew by Bart D. Ehrman.
One of more than 30 books by the noted theologian who went from born again to sceptic as a result of his scholarly work.

This entry was posted in Dispatches and tagged Books, Commentary, History. Bookmark the permalink.