My Happy New Year greetings have been somewhat muted this year. It’s hard to envisage future happiness when the entire fabric of the space/time continuum is about to unravel. And that’s just the winter weather forecast. What is happening in the nation’s capital today is on quite another level of awfulness. Like a driver passing a traffic accident I don’t know whether to stare at the carnage or avert my eyes.

So I do what I always seem to do in moments of crisis. Retreat into history. I find something oddly comforting about reading of the tribulations of times past. For all the ghastly wars, plagues and poverty, assassinations and beheadings, somehow history rolled on and here we all are to endure our own tribulations in the 21st century. And it certainly puts things in perspective; previous generations endured far worse than the election of a crass demagogue whose worst instincts may be blunted by America’s famous checks and balances.

In recent weeks I’ve spent time in the last days of the Roman Republic courtesy of Mary Beard. A generation of Romans saw their proud Republic fall, replaced by an age of autocratic Emperors. Then I turned to 1666, the year of the Great Fire of London. Earlier in the year London lost a fifth of its population to the plague, and that was mild compared to the sixty percent of the European population who had died in the medieval Black Death. When fire broke out in Pudding Lane on September 2nd it raged for days destroying three quarters of the city. As stunned Londoners wandered through the ashes they turned, as so many turn now, to conspiracy theories and divine retribution to explain disaster. England was at war with the Dutch at the time so they were blamed for starting the fire, with no evidence whatsoever. One observer, casting the net of accusation wide, mused that “the Dutch, French, and fanatics had a hand in it” and spread the rumor that foreigners were seen “with balls of wild fire in their hands.” Preachers warned that worse than pestilence and fire was to come if Londoners did not repent their sins. One contemporary linked the calamity to the murder of the King after the Civil War, saying it was “God’s just anger, for the notorious impenitence of the Citizens, for their abetting and instigating the shedding of the precious innocent Blood” of Charles I. Conspiracy theories and scapegoating are nothing peculiar to our times. 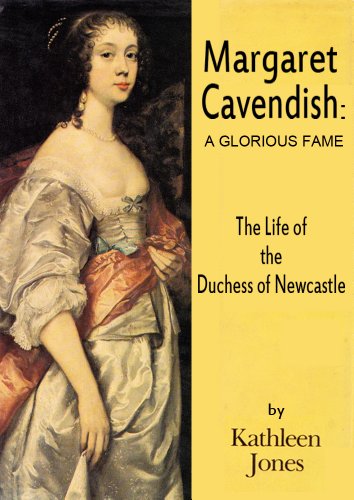 There was no particular plan to my reading, just picking up something from my “want to read” list, but it happened that my next history book took me back to the English Civil War. It was the biography of Margaret Cavendish, Duchess of Newcastle, a woman I’m sure I would have found as absurd and annoying as her contemporaries did. But she was one of the first women writers to be officially published in England, writing philosophical works, memoirs, and plays, as well as a biography of her husband, a prominent Royalist in the Civil War. Her life is a lesson in resilience in the face of adversity and political reversals. She saw her home destroyed by Parliament forces and fled into exile on the continent never to see some of her family again. She and her husband spent the years of Cromwell’s rule living hand to mouth on borrowed funds, losing all their wealth and properties in England. But Cromwell’s rule contained the seeds of its own ruin. Having fought for Parliament he tried to assume the title of King, eventually settling for Lord Protector. The hubris and extremism of his government caused the backlash that resulted in the Restoration of Charles II after his death. Margaret Cavendish and her husband saw fortune’s wheel turn for them once more, returning to England with the new King and settling into a comfortable life, though they were never to regain all they had lost. So may fortune’s wheel turn for us in the next election.

I’ve moved on now to the new biography of Queen Victoria and find spending my time in the nineteenth century far more appealing than closely following the news of today. So in some future time a like-minded person may pick up a history of America in the early 21st century and find it a pleasant respite from the turmoil of her own day. It’s all a matter of perspective. One day the chasm between the administrations of Obama and Trump will be as dead and done as the Roundheads and Cavaliers. At least, that is my coping mechanism.